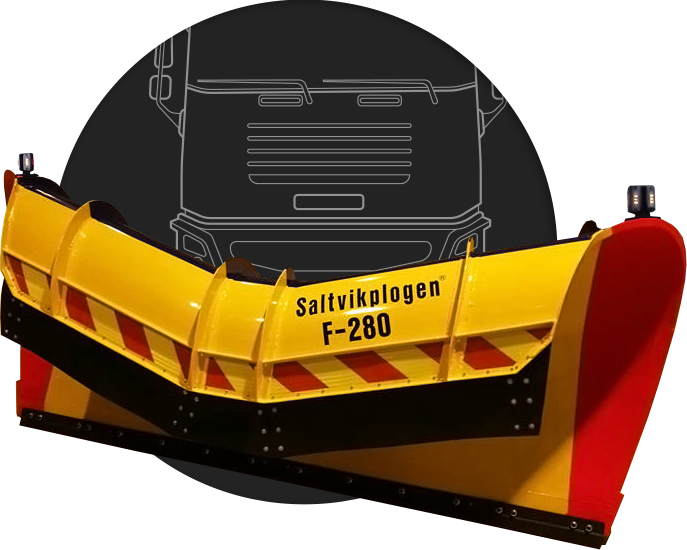 Multipurpose plow
F-type
In spring 2013, Saltvik Mek AS developed a brand new swing plow with ejection on both sides. This model has been named F-type because in Norwegian F stands for multipurpose use.

This multipurpose model is a mix of municipal, diagonal and pointed plows. The plow is moved in the same way as a municipal one, although the F-type's angle is 60° in relation to the road unlike the municipal plow's 90° angle. F-type has a 50° angle in relation to the travel direction with a full turn to the right / left, and in this position the plow has the most optimal ejection. The mix of our A- and DA-series allows us to use A-series' wing, DA-series' direct cutter and both A- and DA-series' wing tip.
The ejection already starts at about 20 – 25 km/h
The plow is very stable and calm on the road
It cleans the edges very well
It lifts the snow up in the wing before ejection
The weight is 1,090 kg, which makes it easy to push and easy to work with
F-type is a multipurpose plow which, with its short extension on the wing, is particularly suitable for narrow spaces as well as wider roads
Ejects to both side
Reversible
One year warranty for plow
2-year main bolt, lining and shims warranty – requires good maintenance with weekly lubrication
Saltvik Mek AS is working towards lower fuel and repair costs for our customers, compared to heavier plow models. We also care about the environment, and lower consumption leads to lower emissions of polluting gasses. With the plow that clears the bottom and edges very well, you as a customer will not only experience lower fuel, repair and maintenance expenses, but also save valuable time.
Safety is a very important aspect regardless of where you work. During snow removal with Saltvikplogen® plows, drivers can reduce their speed and still lift and eject snow off the roads efficiently. With decreased need for speed, the risk of traffic accidents is also minimized.

F-type is produced according to the Norwegian Public Roads Administration standards. Moreover, we manufactured it especially for working in tough conditions. Saltvik plows have always been known for their solid quality. Therefore, you can still find A- and DA-plows produced in the 1970s and 1980s in use today. 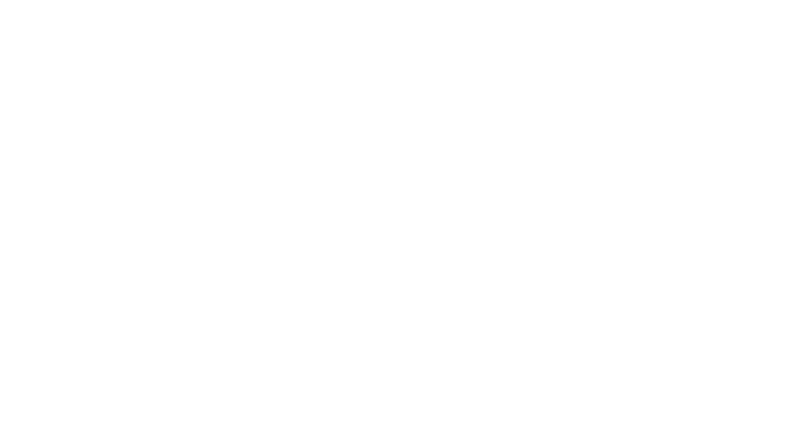 Stone protection device on both sides